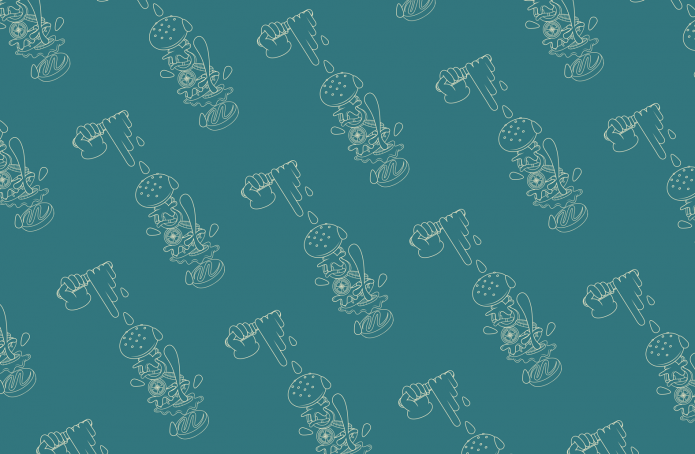 Beau and his team were looking for a new look to give their customers something to check out while they queue outside their Raclette food-truck. Working partially to exisiting graphics I wanted to bring an extra ‘cheesy look’ to the design, creating new typography and characters to make it very clear what was going on over here!

My idea was to illustrate a food fight between some ingredient-based characters, so we have burgers, chips and potatoes slinging cheese at one another. To accompany this we have the cheesy typography, hand drawn and developed for this project.

The feedback from Beau and his team has been amazing, ” It looks great and has boosted our sales significantly”

From the Peer Tree series, ‘Balanced Relationships’ is a story of finding a fair and equal balance in our relationships, “it’s important not to take too much, or be left with too little”.

The animated series will be featured on the Peer Tree app and will be available for download for both iOS and android platforms, search for Peer Tree on your App Store of choice.

Below are some stills from the animation.

Today I have brought an electric toothbrush, checked in for an appointment to see the dental hygienist and designed some business cards. Today I begin a very exciting project. The purpose of our partnership is to illustrate a book of unlikely and funny stories that the company have endured over the previous 20 years. As ludicrous as some of these stories appear they are all true and make for fantastic comedy cartoons.

Most of this will be kept secret in the coming months however here is a sample of the pre planning. Blog: Living in a Van

A month on the road has delivered some interesting places & people. Australia’s landscape can change within a car’s drive & the further north we go the more we settle into a life less ordinary.

Passing through Coffs Harbour we made friends with the passionate people at the Bunker Cartoon Gallery & have agreed to enter some work for this years Rotary Awards. We also discussed opening the gallery up to an Animation category.

I believe we are half way up to the tip of Australia, with 2 months before we arrive back in Melbourne there’s lots more opportunities for future stories. Our 3 month stay with the Chambers family is almost up so as a departing gift I have illustrated one anecdote they shared with us about a disgruntled local pub after hitting the jukebox to play the “Pulp Fiction” cut of Dick Dales, Misirlou. I also found time to render a short animation which was animated around a 45 second sound recording I took while at an AFL game last June.

I’ve been working on a illustration, an idea I’ve had for a short animation but until I have time to put more into it I began drawing a scene.

What the characters are running towards will be symbolic of the short. I can smell the Raspberry splits 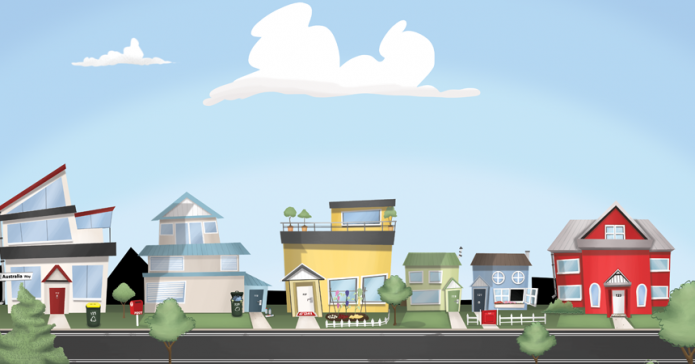 Here are some example art pieces from projects I have been involved in. I use digital methods when designing these art pieces, rendering the final designs through Photoshop which is very useful as when it comes to using these designs in animated projects it gives us the option to prepare them as functioning compositions.

Most of the background designs I have on display here would have been produced in a reasonable time, my process is to provide outline drafts for the purpose of any revisions before finalising the image in colour.

“Will is a talented Illustrator and Animator with compelling story telling abilities who also has a broad range of design and production skills including Web and Print.“ 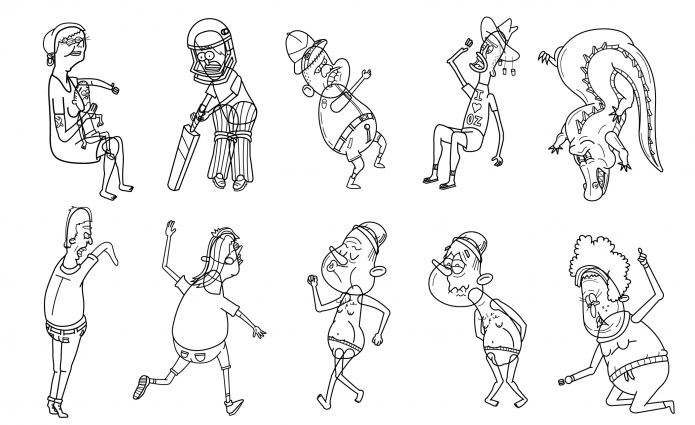 Character artwork and character development for animation and print. Most designs are based upon a two revision process, using the clients initial brief to create original designs.

“Will was very professional with his work and the way he went about this project. He greatly exceeded expectations in both the quality of his work and with the timeliness in which he completed everything. Great to work with and would definitely recommend to others!“

A4 print based on Disney characters “Goofy” & ‘Mickey mouse”. This design was submitted to Chunk clothing UK for a T -Shirt design.