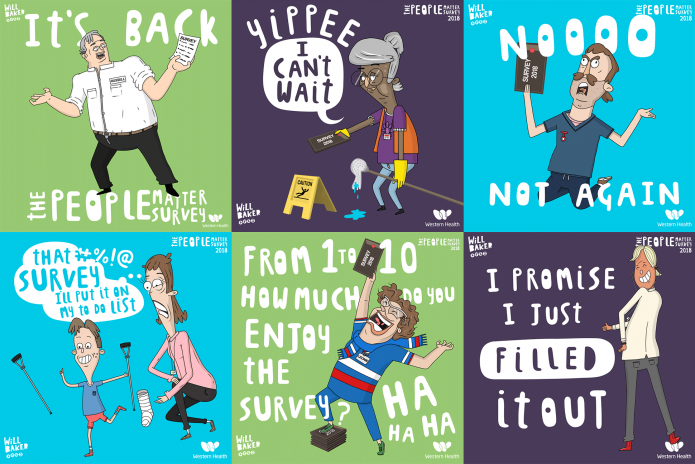 My final project before leaving Melbourne, in fact I was working round the clock while packing to finish these off in time but I have to say it was a pleasure and especially meeting the team at Footscray Hospital.

The brief was clear, “Every year we struggle to get our (hundreds of) staff to engage and participate in this mandatory survey”. This year we want to approach it in a different way and we we’re thinking a series of cartoons making light of the battle of Survey team, chasing staff up to complete the survey.

Working alongside Cathy and Susan was great, getting an insight of the different roles within the hospital was an eye opener, especially one trip down to the EA ward and getting an idea of where we could go in terms of humour gave me all I needed to produce this series. We’ve already began discussing future projects as the feedback has been positive and the cartoons and merchandise have become a hit. 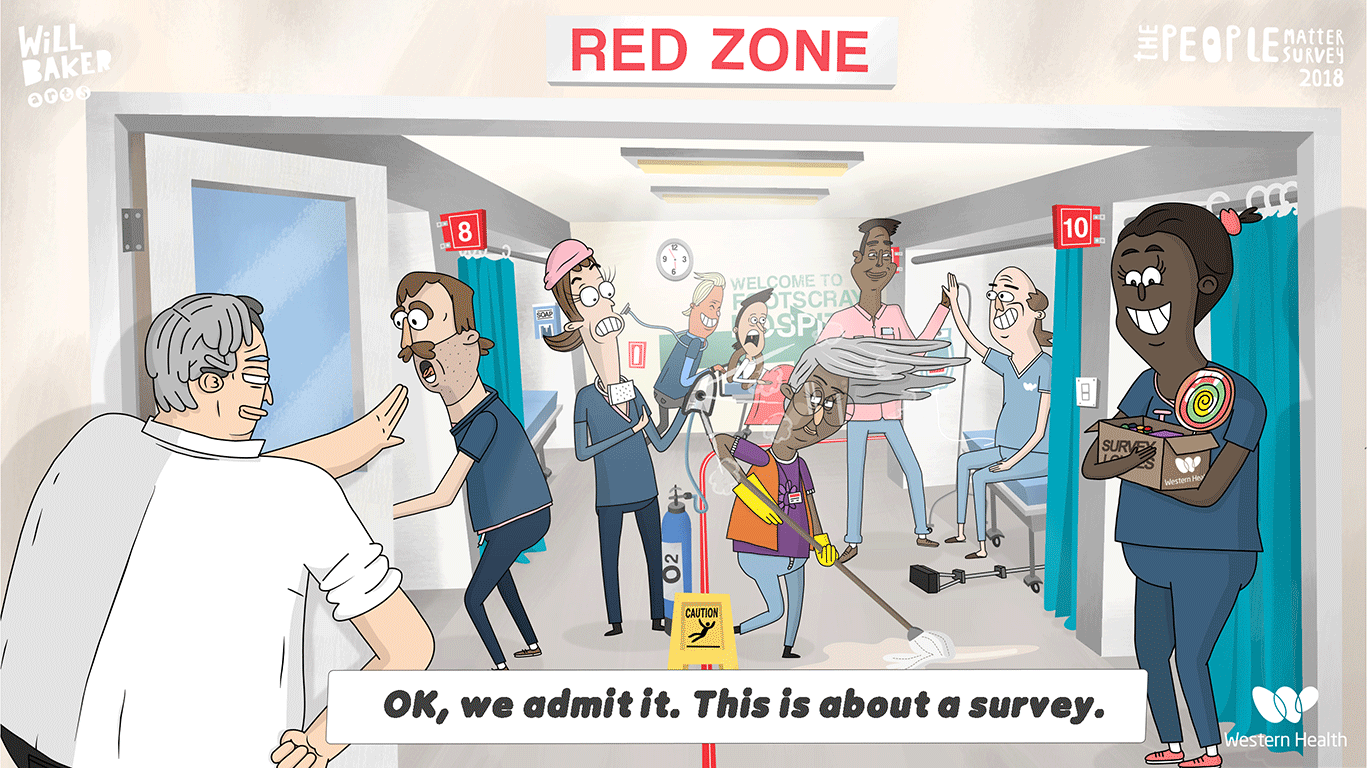 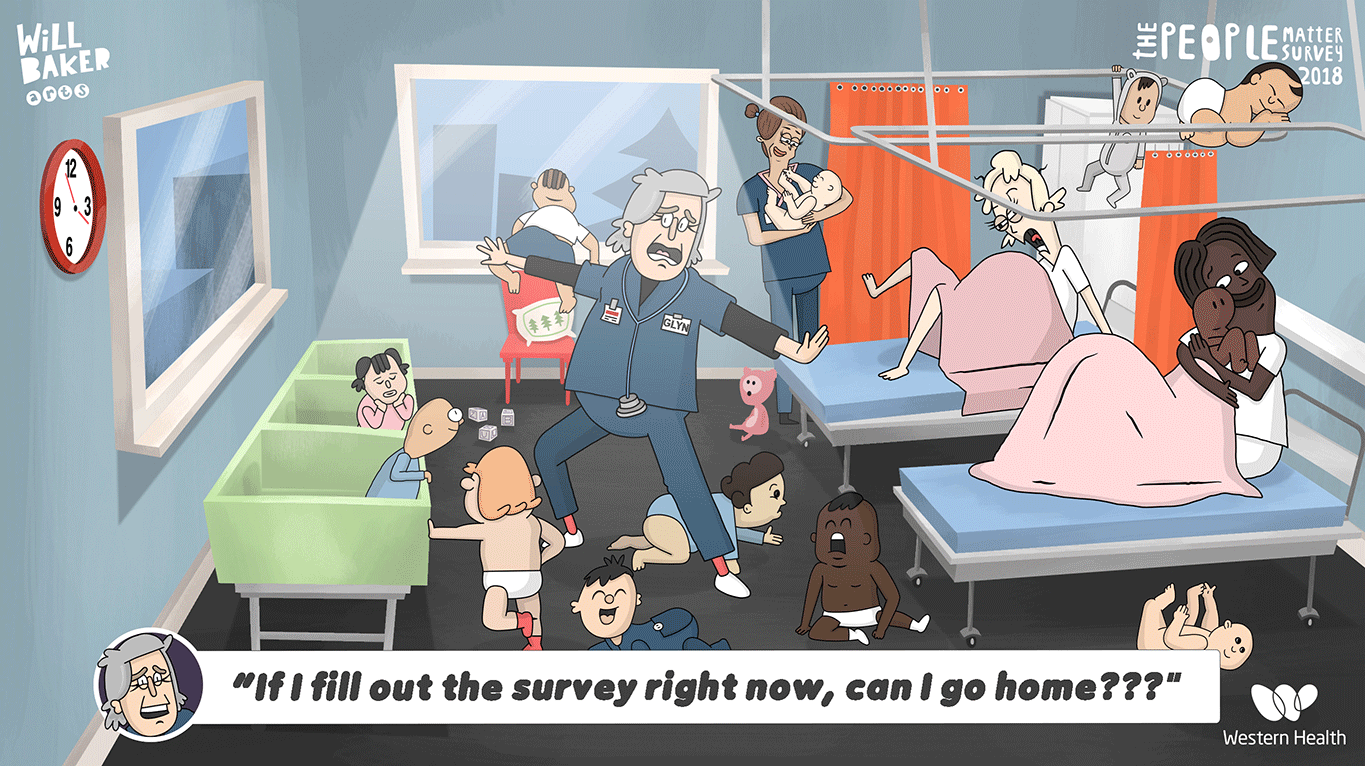 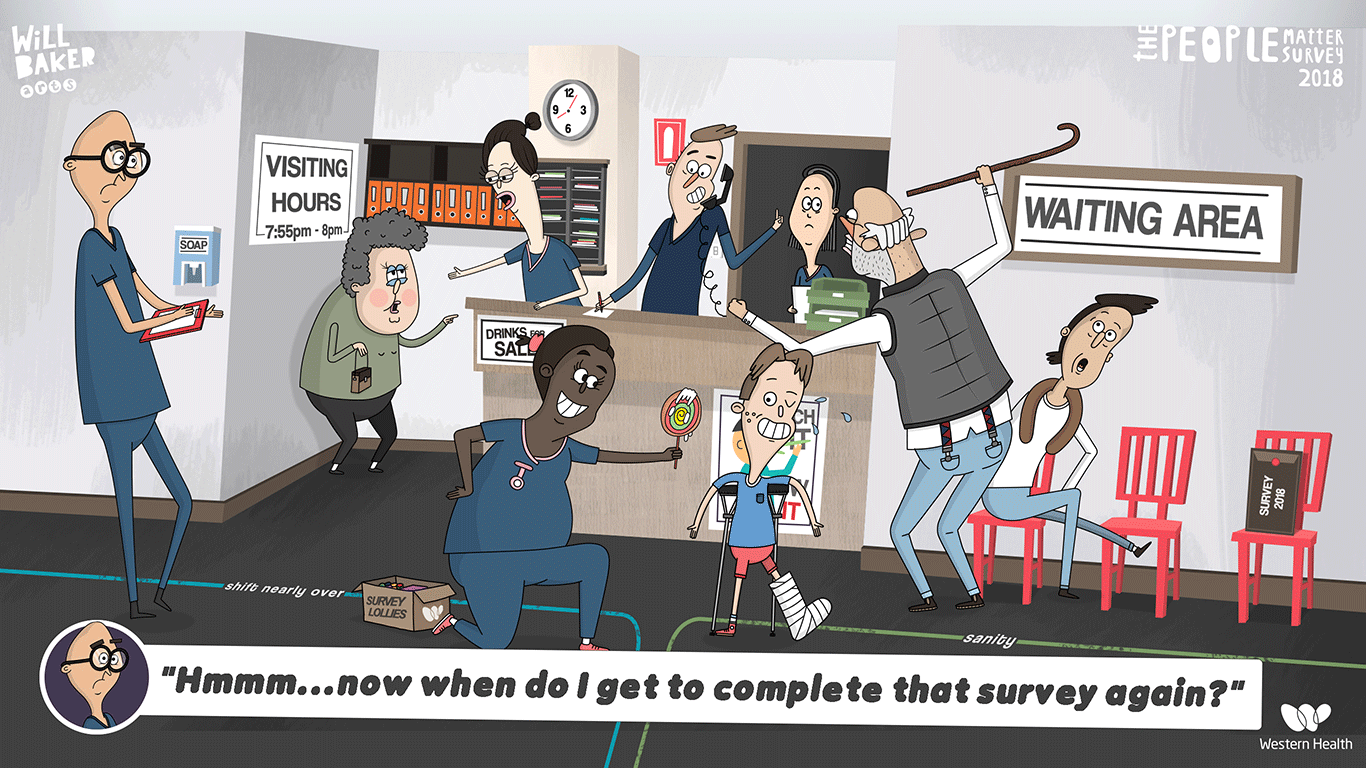